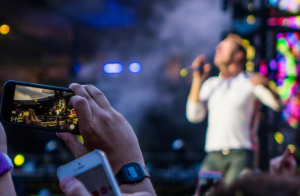 So you want to attend a concert, enjoy the music, and also take pictures along the way. If you are looking to be involved with music in a concert, snap a few photos for posterity, and share them on social media, then you need to prepare for the challenges ahead. Like covering a sporting event, taking photos at a concert can be a challenge and pose a number of problems and limitations.

If you are attending a sold-out concert, you need to contend with erratic movements, a large crowd, low lighting, and limited space. What makes this task extra challenging is that there are instances of some concert organizers not allowing the use of flash during the concert.

However, it does not mean that you should forget about your plans to cover the concert. With the right camera, camera settings, and the best photography skills, you can easily capture some of the most exciting moments in any concert.

Confirm the Rules Provided by the Concert Organizers 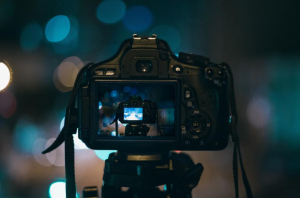 In some large concerts with thousands of attendees, the use of flash is not an issue, but if you are attending an intimate, acoustic concert or performance, you may not be able to use flash as this would interfere with the performance. Sometimes the artists and performers will decide if they want to be covered during their performances. Some performers will request that all pictures should be taken before the performance.

Shoot Fast in the Widest Aperture

A faster lens for your camera will be a definite advantage, such as a Nikon 14 to 24mm f/2.8 or 70 to 200mm f/2.8. You can configure the aperture of your camera in Manual mode to allow more light. This should help you tap a shutter speed that can allow you to freeze movements during concerts. When configuring the shutter speed, you may want to set it at 1/125 sec. at least.

To shoot pictures faster, you may need to use some of the built-in modes in your camera, such as the multiple shot mode. By setting your camera in this mode, you can complete 3 to 4 frames in a snap, thus giving you more chances at a great shot.

Find Your Angle, and Work With the Lights 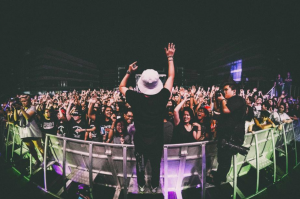 Taking the best pictures is an art form, so pay attention to the angle. Look for angles that will work with your subjects. You can tilt the camera, or use microphone or instruments to guide the viewer’s eye into the captured image.

Also, don’t forget to wait for that perfect lighting effect. Lighting constantly changes at a concert venue, but if you have an eye for detail, you can easily capture a dramatic moment on film.